The History of the Black Dress

The custom of wearing black dresses during mourning dates back at least to the middle 1800s. During that time, women wore solid black dresses for a year and a one day and then continued to wear some form of black for another two years.

One of the earliest mentions of a black dress was by Henry James who wrote about a little black frock in the book he wrote, The Wings of a Dove, which was published in 1902. Another early mention of black dresses was in The Queen magazine in 1916. This magazine was very popular with the young upwardly people of England. The New York Times even featured models wearing a black satin dress as early as 1926.

However, the dress was first made famous for evening wear by Gabrielle “Coco” Chanel, after the death of her boyfriend, Arthur Edward ‘Boy’ Capel, in an accident in 1919. The dress was inspired by peasant women in the French villages of Chanel’s homeland. At that time, Coco Chanel owned a fashion store in Paris, which Mr. Chapel had financed. Chanel was so influential in the fashion industry that Time Magazine named her among the 100 most important people of the century in 2000. The original black dress featured a pleated skirt of black crepe de chine, a wide black belt and a silk skirt that was long sleeved and loose fitting shirt made of silk, featuring a slash-neck, and diagonal pin-tucks. The black dress was further made popular in American Vogue Magazine in their October 1, 1926 edition, referring to it as the Ford dress, comparing it to the Ford car which had just been introduced. The first mention of the dress was a brief two paragraphs long, but the next month Vogue Paris Magazine chose to cover the black dress in more detail, calling it the uniform for the modern woman.

Now the black dress is a standard in every woman’s wardrobe. 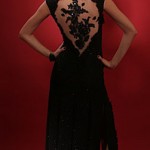 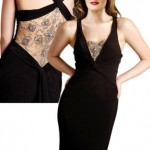 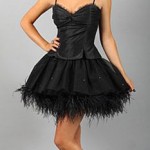 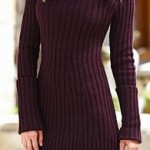 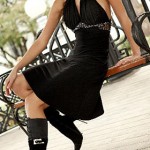 One Response to Black Dress 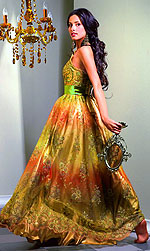